An Introduction to: The Nics!

I have always been a fan of local talent. I would rather go check out Open Mics and a local, small £4 gig with a line up of strangers who may or not make it any further than spend 40 quid on someone who doesn’t really need it and may or may not have lost their passion after singing their same hit songs for the five thousand-th time in a row… There’s something about the raw passion of someone who doesn’t have a reputation to lose, yet everything to prove, that is simply untouchable.

While I do enjoy this, it isn’t often I come across a band that impresses me so much, I have actually found that yes, I can consider myself a fan. When I heard that these guys were playing at the Giffard Arms in Wolverhampton last Saturday, I promptly booked time off because I knew I was in for a good night. I enthusiastically present to you, The Nics. 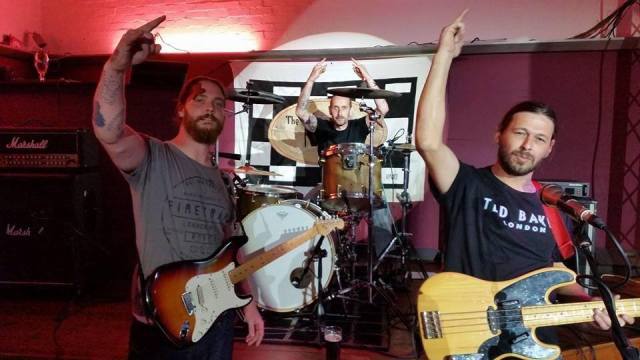 With a very strong grungy, old school undertone running throughout their set, coupled with the sheer talent of all three members, you cannot help but enjoy when they play. They interact wonderfully with the crowd, so that you don’t just feel as though you’re just there to watch another show. This is a party, and you’re just as much a part of it as the band. It’s no wonder really, that The Nics have been on nothing but the up for the past couple of years, consistently finding themselves on the finalists lists for various battle of the bands competitions, and receiving rave reviews for their debut EP, Blood on a River. If you have a second, I would recommend you check out their Soundcloud Channel.

The best way to listen to these though, truly, is down the pub with a pint in your hand with a bunch of friends. Live entertainment is their key, rock and roll is in their blood, and I wish them the greatest success in what they are aiming to achieve, because they can do it. – Jo